I had the opportunity to help the Young Women sew Christmas Stockings out of Sandy's old jeans! 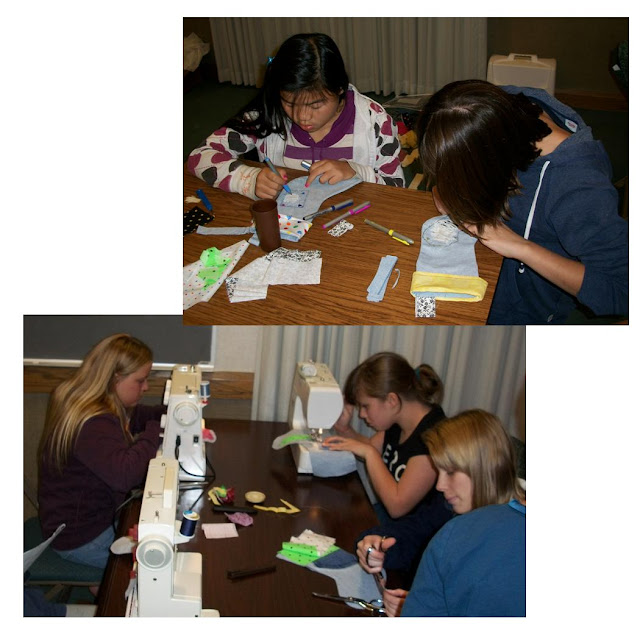 Each girl started with 2 plain denim stocking shapes. They sewed and embelished as they wanted.
We used some of my fabric scraps from Grame!  "Thanks Grame!" 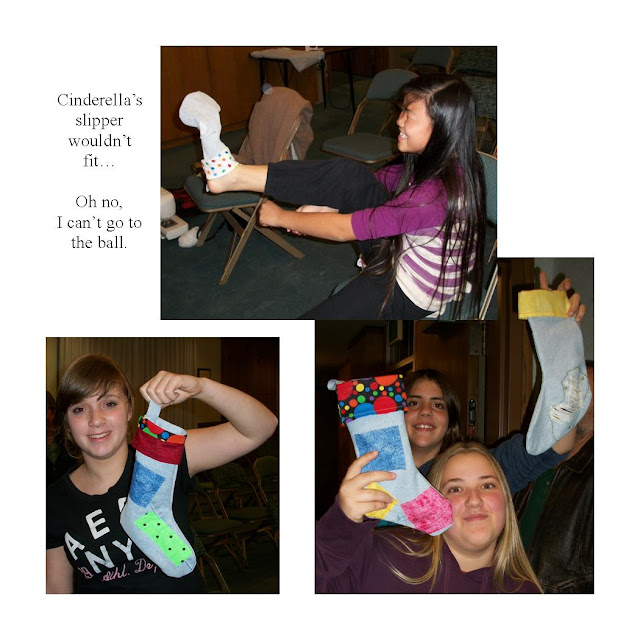 Each stocking was as unique and fun as each of the girls making them!

I have always loved the story of the son of King Louis XVI of France because he had an unshakable knowledge of his identity. As a young man, he was kidnapped by evil men who had dethroned his father, the king. These men knew that if they could destroy him morally, he would not be heir to the throne. For six months they subjected him to every vile thing life had to offer, and yet he never yielded under pressure. This puzzled his captors, and after doing everything they could think of, they asked him why he had such great moral strength. His reply was simple. He said, “I cannot do what you ask, for I was born to be a king.”
Like the king’s son, each of you has inherited a royal birthright. Each of you has a divine heritage. “You are literally the royal daughters of our Father in Heaven.” Each of you was born to be a queen.
Posted by A Simple Dimple at 5:00 AM

Email ThisBlogThis!Share to TwitterShare to FacebookShare to Pinterest
Labels: Fun with kids, Sewing

What ya lookin' for?